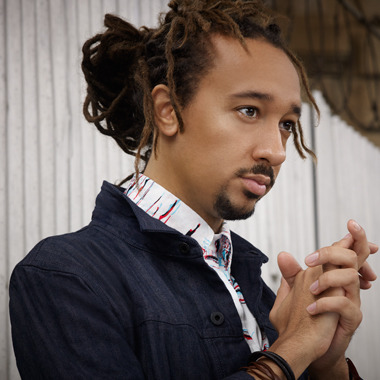 Funded in part by the National Endowment for the Arts

Four-time GRAMMY-nominated pianist/composer, Gerald Clayton searches for honest expression in every note he plays. His musical narratives are developed through harmonic curiosity and critical awareness. Early on, expansion became part of Clayton’s artistic identity. His music is a celebration of the inherent differences in musical perspectives that promote true artistic synergy.

Capturing the truth in each moment’s conception of sound comes naturally to Clayton. The son of beloved bass player and composer John Clayton, he enjoyed a familial apprenticeship from an early age which extended to include legendary drummer Jeff Hamilton. In his upcoming Jazz Bakery performance Gerald will honor this legacy.

He (Clayton) does not work in a vacuum. He is recognized by peers and public alike as one who hungrily seeks opportunities for creative musical exchanges with other artists. This current group he has assembled creates a meeting place for meaningful musical exchange.

Don't miss what will surly be a memerable performance.

“Concerts and Conversations with Southern California Jazz Legends” funded in part by the National Endowment for the Arts.