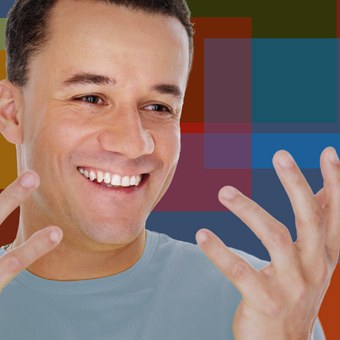 Jacky Terrasson, the most widely travelled of all jazz pianists, is the “piano player of happiness”, according to Telerama magazine in France. He is an exhilarating musician, one of those who play their public straight to euphoria. His music challenges and rewards an audience in regular rotation. His current CD “Gouache” is now available on Universal (featuring Michel Portal, Stephane Balmondo, Minino Garay, Cecile McLorin Salvant, Burniss Travis and Justin Faulkner).

This Franco-American national has never stopped dazzling us with his minimalist and energetic music. At times Jacky employs extreme-dynamics brinkmanship, figuring out how music can intensify while growing ever quieter. The game descends directly from Ahmad Jamal. His intuition, his instinct, his openness, leads him to the discovery of great burgeoning talents such as Jamire Williams -his current drummer of choice and Dave Robaire -a bassist with one of the fullest and richest of sounds imaginable.

If we were to describe his playing, we would compare Jacky Terrasson to Bud Powell for his carefully controlled velocity on the piano keys, to Ahmad Jamal for his sense of phrasing, but also for his knowledge of the great French composers such as Ravel, Fauré and Debussy. Jacky mingles and melts the colors and the inventions of the great pianists of yesterday and today, as he creates his own style, subtle and fresh played with facility and ease, pushed by the desire to rewrite and reinvent, again and again, every day and forever and for lucky us —a magic Jazz Bakery Movable Feast here at REDCAT!

This concert is made possible in part by funding from the National Endowment for the Arts through a grant from the Western Jazz Presenters Network.