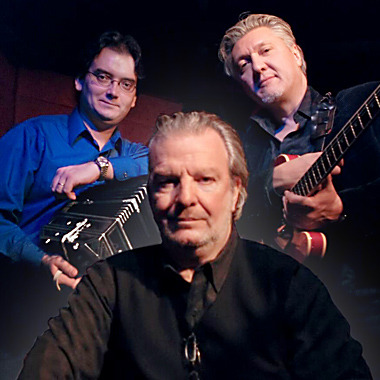 Pablo Ziegler is the Leading Exponent of Nuevo Tango!

“Tango maestro Pablo Ziegler is a god in the pantheon into which only a handful of men, from Astor Piazzolla to Adolfo Carabelli, have been admitted. However, Ziegler takes the tango to levels of sophistication and refinement possibly undreamed of by Piazzolla.”  Chicago Tribune

“Ziegler’s playing style, is both sharply percussive, metallically lyrical and instantly recognizable. It bears some similarities to that of Vladimir Horowitz as well as the wistfulness of Bill Evans. Pablo is a virtuoso of another sort... one whose music touches the soul, blending tango and jazz improvisation with gorgeous melodies.”

Pablo’s Jazz Tango Trio has been called “Rapturous” by the New York Times. “The music... is arresting. It is ferociously beautiful and centered around the mathematical precision of the tango with juicy sojourns into jazz and the blues... pulsing with the raw and earthy vitality of the tango.”

Héctor Del Curto, famed Argentinian bandoneonist, has appeared many times at the Lincoln Center with “The Héctor Del Curto Tango Orchestra.” And toured worldwide with his own celebrated quintet and luminaries across many musical genres from Paquito D'Rivera to jazz saxophonist Joe Lovano.