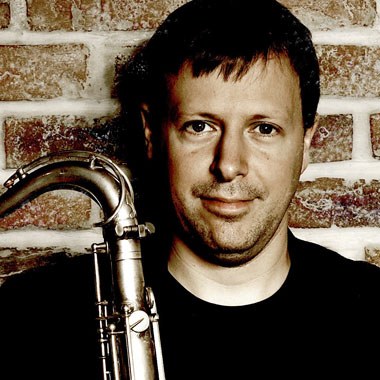 Saxophonist Chris Potter, a prodigiously talented saxophonist and potent improvisor, is the youngest musician ever to win Denmark's Jazzpar Prize. Potter's impressive discography includes 15 albums as a leader plus sideman appearances on over 100 albums. He was nominated for a Grammy Award for his solo work on "In Vogue," (a track from Joanne Brackeen's album) and was featured on Steely Dan's Grammy-winning album. Chris has also performed or recorded with many of the leading names in jazz, such as Herbie Hancock, Dave Holland, John Scofield, the Mingus Big Band, Jim Hall, Paul Motian, Dave Douglas and many others.

“A tenorist who can remind you of Joe Henderson at his craftiest, he employs his considerable technique in the service of music rather than spectacle.” —The New Yorker

“…easily the most compelling saxophonist of his generation.”—Detroit Free Press

“ The emergence and development of Chris Potter as one of the most dynamic young players in jazz has been fascinating to behold.”—Chicago Tribune

“His work is remarkably free of cliches and default licks….daring yet precise, with clean edges and unexpected implications….he is something special.” —Down Beat

Drummer, Peter Erskine has played with just about everybody… from Pat Metheny & Gary Burton to appearing as soloist with the BBC Symphony and has been voted ‘Best Jazz Drummer of the Year’ ten times by Modern Drummer magazine.

Brilliant pianist Alan Pasqua and bassist of choice Darek Oles are world-renowned players in their own right. Need we say you should not miss this evening with Chris, Peter, Alan and Darek  ! ! !